The Thing About Life:

Who here thought a 55 year old woman who hadn't worked outside the home in, what, a decade? How did the time pass so quickly? Anyway, 55 year old woman, work, decade... oh yeah, and with no current marketable skills... who thought she was just going to jump right back into the job market and score the big one? Not I, despite having been -ostensibly- hired, along with a dozen or so others; even after having begun 'training' with the company I had that odd little feeling in the back of my head. A few days after being hired we were all sent home for not being proficient enough in our training. It wasn't difficult work or training, the company got no fees, etc... from any of we 'new hires', so what gives? (I am keeping an eye open for anything new and exciting regarding, say, my SSN.) Ah well, life goes on... not holding my breath until that check shows up in the mail, so the job hunting process has begun again.

On the other hand... my daughter, who has long since returned to Indiana after her birthday, is having an exciting time of it. 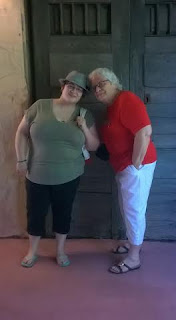 She and Mom at Medieval Times.

The kidling has acquired both a couch and a fiancee, both of which are about a foot longer (or taller) than she. This makes her happy which in turn makes me happy. 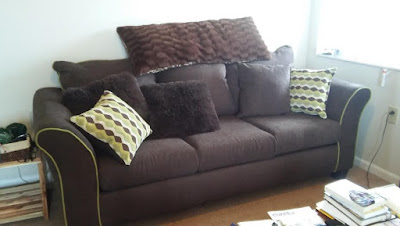 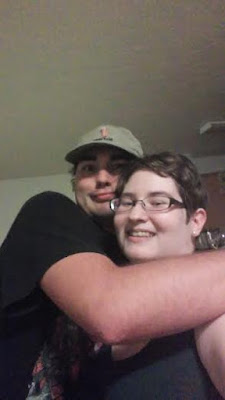 I've been filling my time with the usual activities: reading, cooking, writing, etc... which have all been made much easier since I'm no longer tremoring. All those pesky movements which made my life so unpleasant are almost completely gone, along with a lot of other unpleasant medical stuff which has improved tremendously. (Not going into TMI territory here.) Other than finding out that the arthritis in my spine has worsened significantly, I'm most certainly on the upswing and I have no doubt I'll find work... it will take a while and won't come with a fancy title and that's okay. I refuse to give up and that's what matters.

Before I go, it's been a while since I last posted so I feel obligated to put up pictures of food.

A slice of Jenn's birthday cake, an almost-but-not-quite Schwarzwalderkirschtorte: 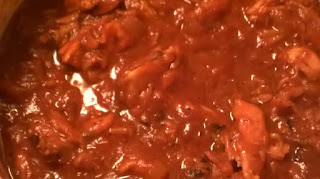 A big batch of homemade barbecue sauce and barbecued ribs, as well as some cashew chicken I've made for Mom over the last few weeks. 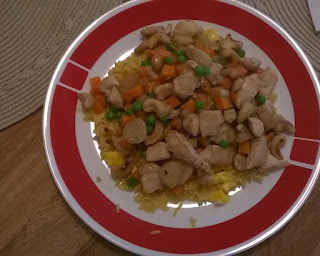 Oh and before I go: Please don't blame me for Trump's running mate. Whilst I am a native of Indiana, (aka a Hoosier) I no longer live there. I am relieved, on behalf of my former home state, that he has taken himself out of the running for governer; one term with him was more than enough!
Posted by The Cranky at 10:55 PM