And the Fog Rolled In

My apologies for not having the story out yet. It's been an odd week, not bad just... odd. Distracting, but in a good way.

There's been a bit of illness (and not just mine) and a lot of canine silliness. Brain fog has perched itself securely on my head the last several days so I've spent time in a mostly happy fugue which has not been conducive to coherent writing, let alone thought.

"Brain fog, also commonly known as brain fatigue, can be a mild to severe episode of mental confusion that can strike without warning. When this occurs, it is common to experience a lack of focus, poor memory recall and reduced mental acuity." - bing

Tonight I spent 15 minutes looking for the rice I was holding in my hand. So, in lieu of a semi-intelligent post, have a couple of photos! 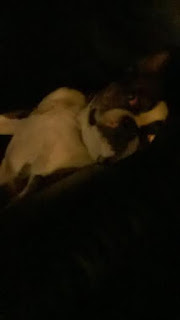 Buddha 'making eyes' at me from my sweetheart's recliner and a rather tasty 'Cheater's Lasagna'. 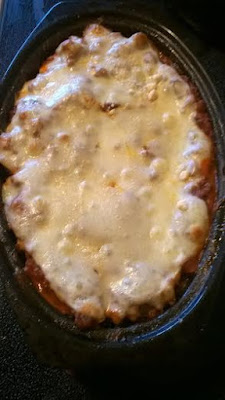 The fogginess should be clearing soon, if all goes as it usually does.

Email ThisBlogThis!Share to TwitterShare to FacebookShare to Pinterest
Labels: general